The Russian army’s equipment and strategy was “outmoded”; their air force’s bombs and missiles were “more dumb than smart”; their navy was “more rust than ready”. For decades, this was Western military leaders’ view, steeped in condescension, of their Russian counterparts. What they have seen in Syria and Ukraine has come as a shock.
Russian military jets have, at times, been carrying out more sorties in a day in Syria, 96, than the US-led coalition has done in a month. The Russian navy has launched ballistic missiles from the Caspian Sea 900 miles way, and kept supply lines going to Syria. The air defences installed by the Russians in Syria and eastern Ukraine would make it extremely hazardous for the West to carry out strikes against the Assad regime or Ukrainian separatists.
Israel sees the build-up of Russian weaponry across its northern border in Syria and wonders where it will all end, eroding the air superiority that is Israel’s primary advantage over its neighbours.
It is this military might that is underpinning President Vladimir Putin’s strategic triumphs. His intervention in Syria has been a game changer and what happens there now lies, to a large extent, in his hands. The Ukraine conflict is semi-frozen, on his terms. The Russians are allying with the Kurds, unfazed by the Turkish anger this has provoked. And, crucially, they are now returning to Egypt to an extent not seen for 44 years, since they were kicked out by President Anwar Sadat 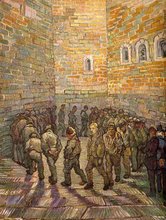